This Byway has been un-driveable for over ten years. TWUID: 4939-04 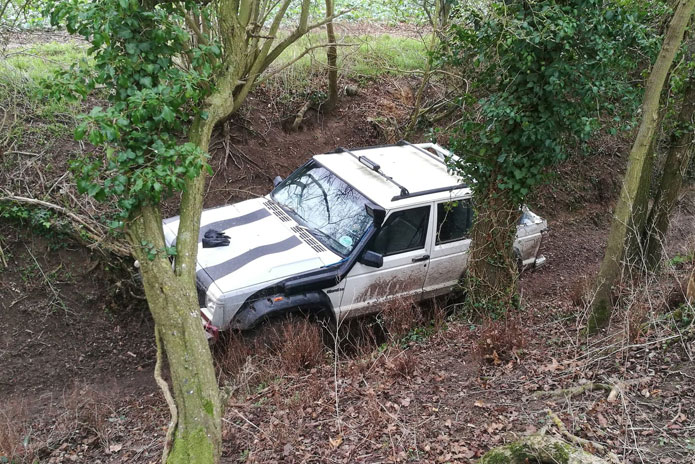 The village end of this Byway down to the footpath from it, was opened up by the Friends of Flitch Way P3 Group just before Christmas 2018. Back in early January Ed AJ Matthews, Essex Rep for ATuk and Green Lane Association Members, Andrew Metters, Douglas Fields and myself spent seven hours there opening the rest of the Byway for all users. Our vehicles were the first that have been able to get up there for many years. Big thanks went to Doug’s wife for making us a beef stew and dumplings and to Doug for heating it up for lunch. Apart from one moaner (who it was plain had lost his ski’s but not his ski poles), everyone else who came across us in the lane were very grateful for our efforts, which goes a long way to making it all worthwhile and a good day.

Today (23rd February) was the first chance I have had to get back there to inspect it, and I’m pleased to say those 4x4’s that I know have been using it have left virtually no visible impression on the byway. While in the village, I managed to speak to a few locals and have promised to check back and keep an eye on it.